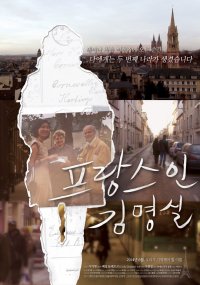 Synopsis
A postcard being sent to you who is living in her first country
My friend Cecile whom 'I (the director)' met in a small city in France is someone who was adopted there and is now an artist. I heard that she was visiting Korea and decided to have her on camera. I learned that she had a Korean name called Myeong-sil and why she had to become French. We invite you on this journey.

View all 14 pictures for "Winter Garden"