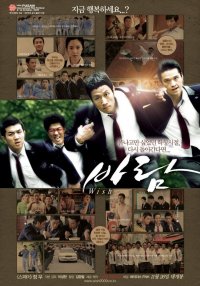 Synopsis
Enrolling into a commercial high school in Busan, Jjang-goo joins a school gangster club called ' Monster '. It wasnt something he volunteered for; rather, it was natural to join such a club at that time. Like a rite of passage, he becomes a man through the process. Actor Jeong Woo, who acts as Jjang-goo in the film, came up with the idea, and director Lee Seong-han completed the scenario to show another growth story of a man. Such a story is similar to what was previously seen in "Friend" (2001, Kwak Gyeong-taek) and "Once Upon A Time In Highschool" (2004, Yoo Ha). However, instead of incorporating a direct and rough portrayal of violence, Wish calmly shows how violence is permeated in everyday life and how violence is indistinguishable from everyday life in Korean society.

View all 38 pictures for "Wish"