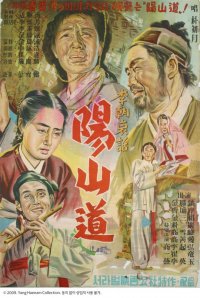 Synopsis
Soo-dong (Cho Yong-soo) and Ok-rang (Kim Sam-hwa) are engaged. Moo-ryeong (Park Am), a son of Kim, a high government official, has a crush on Ok-rang. He has just come from Hanyang, the former capital city of Korea. Ok-rang's mother, who does not like Soo-dong, takes advantage of this opportunity, and with Moo-ryeong's mother, decides on her daughter's marriage with Moo-ryeong. Soo-dong's mother (Go Seon-ae) and Ok-rang's father (Kim Seung-ho) let their children secretly get married on an open field, and the newly weds escape to their village. After their honeymoon, they end up being caught by Kim's servants and Soo-dong by accident falls over a brink. Ok-rang's father, who discovers that his daughter had been caught by Kim's servants, kills one of the servants and Ok-rang and her father are imprisoned. Moo-ryeong asks for a marriage with Ok-rang in return for covering up the homicide. Ok-rang at last accepts it. Moo-ryeong takes her home when she is discharged from prison. Soo-dong, who chased after them, tries to kill Moo-ryeong. But when Ok-rang says she wants to marry Moo-ryeong, he becomes hopeless, and kills himself at home. Soo-dong's mother and uncle bury him next to the road where Ok-rang's marriage coach passes by. As the coach passes the grave, all the people's their feet become stuck in the ground. Soo-dong's mother stops the coach, and stabs Ok-rang. Ok-rang crawls to Soo-dong's grave and dies there.

View all 12 pictures for "Yangsan Province"