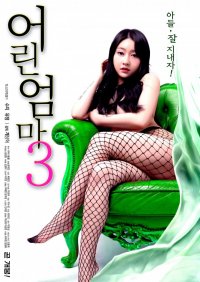 Synopsis
Yeong-bin cant get a job and his father, Jin-il, thinks hes incompetent.
Yeong-bin is seeing Min-jeong, the florist, but she feels distant from Yeong-bin, who dreams of going to Seoul one day.
One day, Jin-il brings home Ye-won, whom he is going to get remarried with, and Yeong-bin is furious, because she is his ex-girlfriend who abandoned him.
However, they find out there was a misunderstanding to their break-up and they develop feelings for each other once again.
Meanwhile, Min-jeong feels more attracted to Jin-il, because hes more dependable.

View all 6 pictures for "Young Mom 3"