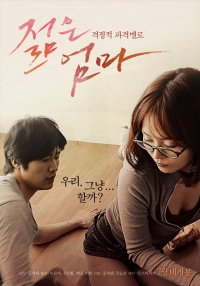 Time goes and Jin-goo is a grown up. He's used to thoughtless sex. However, his partner of benefit gets pregnant so he meets his future-mother-in-law to talk about marriage. However, she's so beautiful and sexy. He moves in with the in-laws but soon breaks out of the marrige due to his wife's fling. The mother-in-law doesn't know how to make it up to him for what her daughter has done. Jin-goo suggests something dangerous...

View all 6 pictures for "Young Mother"