Krystal jokes with Kim Woo-bin's 'You're so pretty' line 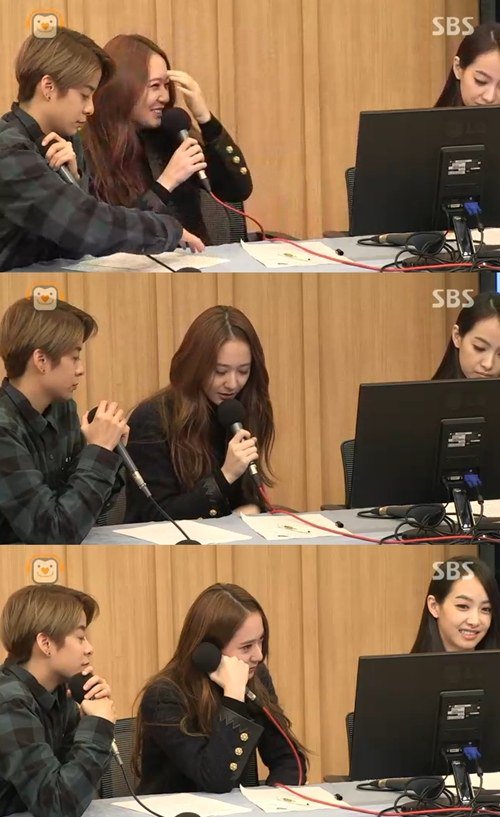 Krystal was slightly surprised at the mention of Kim Woo-bin.

They teased her saying, "Didn't you say Kim Woo-bin was your ideal type?" and Krystal said, "We never shared a personal conversation while making the drama. I did make a joke with his line, YOUre pretty' in the drama".

Jung Chan-woo added, "She's red in the face" and Krystal said, "It's so embarrassing being focused on like that".

Meanwhile, f(x) Victoria, Amber and Krystal appeared as guests on the "Two O'Clock Cult Two Show". Luna was absent for the musical "In The Heights".

"Krystal jokes with Kim Woo-bin's 'You're so pretty' line"
by HanCinema is licensed under a Creative Commons Attribution-Share Alike 3.0 Unported License.
Based on a work from this source