Ku Hye-sun, "Ahn Jae-hyun is like an innocent child" 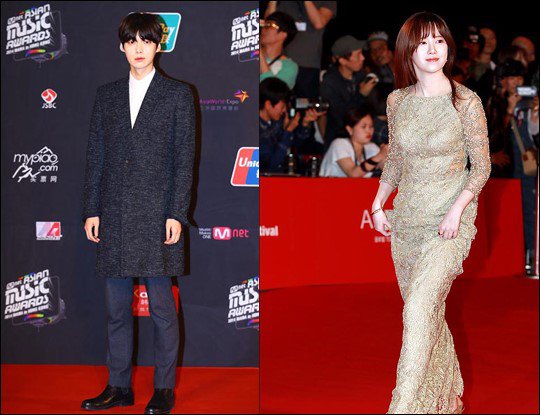 She is hosting a provate exhibition called 'Dark YELLOW' in an art museum in Seoul from the 5th to the 29th this month.

She was interviewed on the 4th.

Ku Hye-sun and Ahn Jae-hyun met through the KBS drama "Blood" and got married in May last year. They plan on revealing their married life via director Na Yeong-seok's "Honeymoon Diaries".

During the interview, she was asked about her husband's reaction to the exhibit and she said, "He doesn't know what I will be drawing. He doesn't invade my privacy and he lets me concentrate on my work. He's been very considerate".

"I've become independent as an individual and we talk about growing old together. We don't think marriage is a fantasy".

Director Na Yeong-seok has mentioned once that Ku Hye-sun and Ahn Jae-hyun are a 'warm couple'.

Ku Hye-sun said, "I think getting married is like becoming a child; we are so immature with each other. I think Na Yeong-seok just has a good impression of us. When I'm with my husband I become a child and he has the innocence I am looking for".

About starring in "Honeymoon Diaries" she said, "I don't know why we decided to do it, but we decided it would be a good thing to remember later in our lives. I didn't agree to it at first but my husband convinced me".

Ku Hye-sun and Ahn Jae-hyun donated the profits from their wedding to children who need medical help. "We didn't want anyone to know but when word came out, I wondered if I was doing it out of the purity of my heart or not. This time, the exhibition is being done without hypocrisy".

Ku Hye-sun added, "I want to take a break after this as I've been working too long".

"Ku Hye-sun, "Ahn Jae-hyun is like an innocent child""
by HanCinema is licensed under a Creative Commons Attribution-Share Alike 3.0 Unported License.
Based on a work from this source