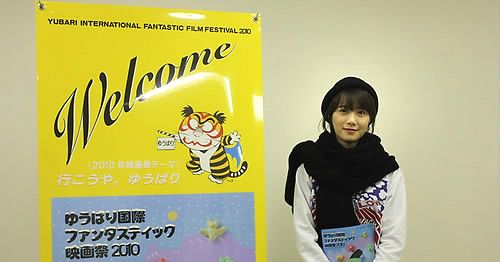 Japanese Actor Oguri Shun (28) said, "Korean movies have their own uniqueness. I would like to make films as good as Korean movies". Korean actress Ku Hye-sun (26) said, "I feel a sense of kinship with him because he is also an actor-turned-director. I enjoyed watching his debut film as a director".

The entry list of the 20th Yubari International Film Festival features films by a noted director from S. Korea and a good-looking actor/director from Japan: S. Korean actress Ku Hye-sun and Japanese actor Oguri Shun. As a handsome hero, Oguri has been gaining popularity with the film "Crows Zero" and the TV drama "Gokusen".

Oguri and Koo played the main characters in the Japanese version and Korean version of the drama, "Boys over Flowers", respectively.

Oguri Shun attended the festival with his film "Surely Someday", which is the opening film for the festival as well as his directorial debut. The film portrays the friendship and growth process of high school students. Keisuke Koide, who appeared in "Nodame Cantabile", "Cyborg She", played a main character in the film.

Meanwhile, Ku Hye-sun was invited to the Yubari choice section of the festival with her debut film, "Delightful Assistant". The movie features a story about death, salvation and free will. The two met by chance on the 26th day of February during the festival and had a chance to talk about their own opinions about film. Oguri talked to Koo, saying, "I like that the Korean films are energetic. I will make good movies like Korean movies". Koo responded, "I enjoyed watching your movie 'Surely Someday'".

The two seemed to get close through the meeting; they were standing side by side and were talking to each other and smiling while they were taking a commemorative photograph. 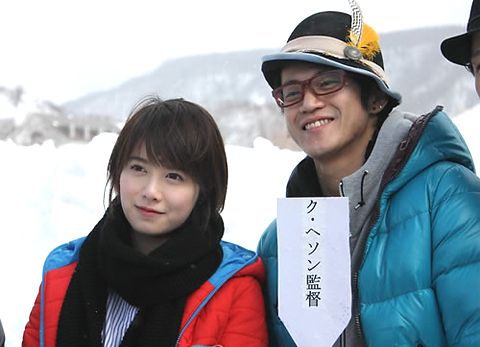 Last year, Oguri played a main character in the movie "Tajomaru" and "Crows ZERO" and the TV drama "Tokyo DOGS". In the same year, Koo was busy as a novelist, illustrator, and songwriter after gaining popularity with the drama "Boys over Flowers".

In an interview preceding the opening film for the festival on Feb. 26th, Oguri said, "I have been a film enthusiast since I was a child. Up to now, I am confident that I portrayed the dreams and frustrations of youth in my own way". In an interview with Yonhap News, Koo said, "I became a film director because I wanted to portray episodes from my point of view".

"Ku Hye-sun and Oguri Shun Become Film Directors"
by HanCinema is licensed under a Creative Commons Attribution-Share Alike 3.0 Unported License.
Based on a work from this source