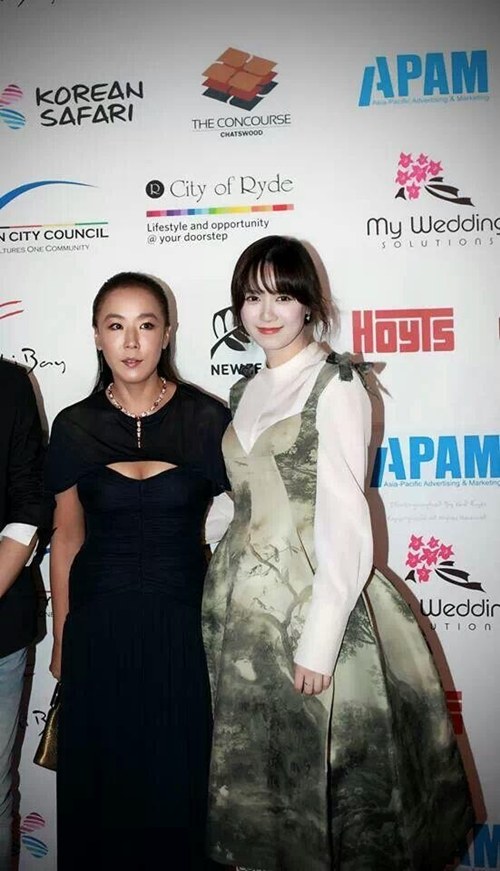 She left for Sydney to attend the Sydney Intercultural Film Festival held between the 14th and 24th of November as the promotional ambassador.

The SIFF gathers roughly 150 short, feature and documentary films from over 43 countries like Hollywood, Korea, North Korea, China, Taiwan, India, France, England, Argentina, Poland and other European countries. it emphasizes intercultural and international as key elements of the event.

Ku Hye-sun appeared on the photo wall with director Kim Byeong-woo from "The Terror Live" and actress Kang Soo-yeon who is one of the judges of the festival on the 14th.

She wore a bluish green modern Hanbok designed by Ji Chun-hee and appeared elegant and proud of displaying the beautiful scenery of Korea.

"Ku Hye-sun attends the Sydney FF in Hanbok"
by HanCinema is licensed under a Creative Commons Attribution-Share Alike 3.0 Unported License.
Based on a work from this source