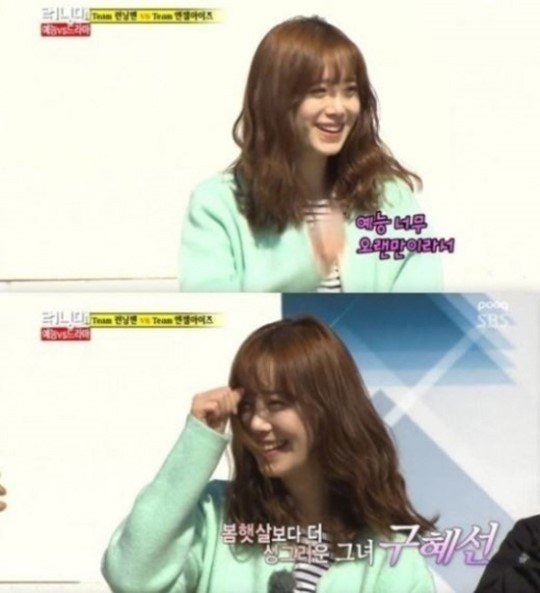 Ku Hye-sun appeared on the SBS TV show "Running Man" as a guest.

She said she'd not been on a TV show for the longest time and was awkward about it.

The members of "Running Man" all shouted that she was beautiful and she was shy.

Netizens also say, "I wasn't expecting her", "She is great", "She's so pretty" and more.

Meanwhile, Ku Hye-sun's new KBS drama "Angel Eyes" can be seen on the 5th of April.

"Ku Hye-sun on Running Man"
by HanCinema is licensed under a Creative Commons Attribution-Share Alike 3.0 Unported License.
Based on a work from this source