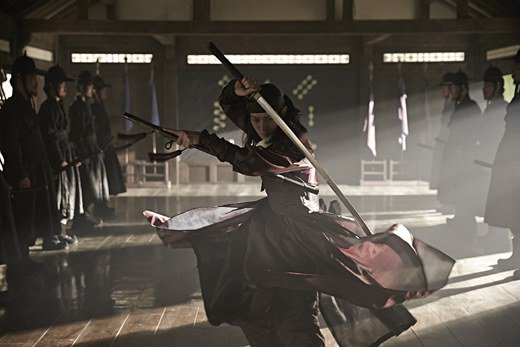 The most anticipated film this summer is "KUNDO : Age of the Rampant" starring Gang Dong-won.

Gang Dong-won, in the role of Jo Yoon, performed all action scenes on his own without a stunt double. He's also been training for four months prior to the intense action scenes which he's had to perform during production. His training included swinging the sword hundreds of times every day at action school.

Unlike the action he showed in the previous film "Duelist", the action here required a lot more strength, as the sword was made especially for him. He's restricted himself to a strict rule which is repeating the same moves hundreds of times, boosting his strength. Not only that, he's also been focusing on weight training since he faces a huge army by himself in the film.

Gang Dong-won said, "I am sure there are people who are better than me and can perform stunts for me, but I think it'd be more interesting for the audience if I did the action myself".

"KUNDO: The Age of the Rampant" is an historical action film about an army of honest soldiers who join forces with the people of the country during times of corruption and exploitation. Ha Jung-woo stars in this movie as Do Chi and Gang Dong-won stars as his opponent Jo Yoon. Other casts include Cho Jin-woong, Ma Dong-seok, Yoon Ji-hye, Jung Man-sik, Kim Sung-kyun, Kim Jae-young-I, Lee Kyung-young and other famous stars. To be released on the 23rd of July. 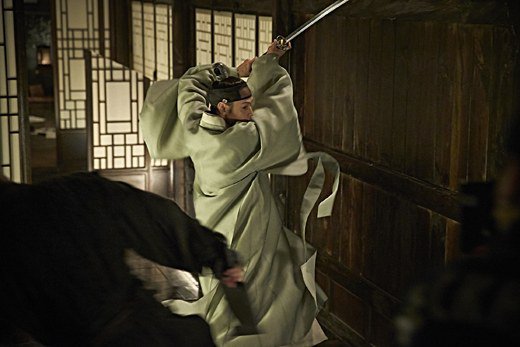