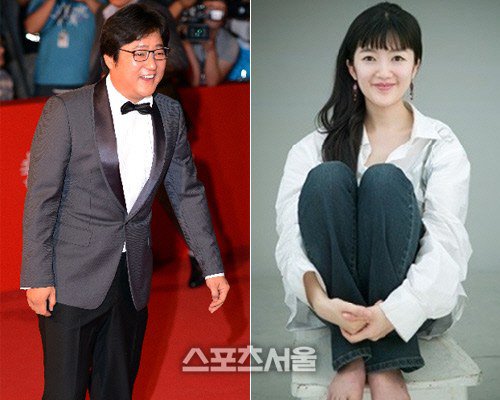 Actor and actress couple Kwak Do-won and Jang So-yeon, who co-starred in movie, 'The Wailing' as a couple are becoming a married couple soon in real life.

Kwak Do-won and Jang So-yeon fell in love with each other and promised to marry each other like the couple they acted together in their recent movie. They are looking at houses in Jeju these days to find their honemyoon home.

Jang So-yeon recently starred as the secratary Min Joo-young in SBS' 'Heard It Through the Grapevine'. People remember her for her intelligent acting and face from the drama.

When Jang So-yeon appeared recently on MBC's talk show "Radio Star", she said, 'I have someone I like. But it's one-sided love. I think he likes me too, but he dosen't like me because I try too hard". The lucky man of her one-sided love was Kwak Do-won after all.

"Kwak Do-won and Jang So-yeon will tie the knot soon and move to Jeju"
by HanCinema is licensed under a Creative Commons Attribution-Share Alike 3.0 Unported License.
Based on a work from this source