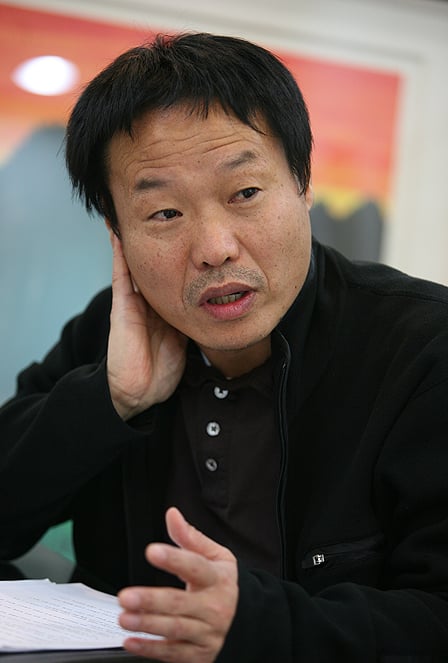 Korean director kwak Jae-Yong was present at the 16th Busan International Film Festival (BIFF) todaywith Chinese stars Fan Bingbing, Leehom WANG and Korean actor On Joo-wan to announce his next film "Yang Gui Fei". The project is based on the life and love of the famous Tang Dynasty consort who was known as one of the Four Beauties of ancient China.

Kwak announced the film will be a Korea-China co-production. "It's on the scale of a US$15 million budget but preparing it in China, I've found that's not a lot of money. It costs a lot to shoot in China, and there are a lot of locations", he said.

kwak Jae-Yong is best known for his popular hit "My Sassy Girl", which launched Gianna JUN – then known as Jun Ji-hyun – as a major star. His other films include "The Classic" and co-productions such as "Daisy" (as a writer), which also stars Jeon, and "Cyborg She".

A top actress and singer in China, Fan Bingbing hasfeatured in numerous films such as Buddha Mountain and Lost in Beijing. She recently wrapped production with Korean director Kang Je-gyu on the WWII epic "My Way".

"It's my first time in Busan but I've been to Korea because I shot "My Way" with director Kang Je-gyu. I discovered how much Koreans love films while I was working with him and the Korean crew. So I'm highly anticipating working with director kwak Jae-Yong", said Fan. She remarked upon his quirky ideas for "Yang Gui Fei" and said, "I think he's going to give me a chance to act a different sort of "Yang Gui Fei" [from the one with which most people are familiar from history]".

On Joo-wan previously won the Best Actor award at the 2006 Durban International Film Festival for his starring role in director Jo Chang-ho's "The Peter Pan Formula", which also won the Best Feature Film award at the same festival.

"It's Chinese history, but at that time Tang was the entire world", explained Kwak about his choice to direct a film about Chinese history. "I don't think it's very different from an American director making a film on the Roman Empire".

"Kwak Jae-yong to shoot Yang Gui Fei in China"
by HanCinema is licensed under a Creative Commons Attribution-Share Alike 3.0 Unported License.
Based on a work from this source