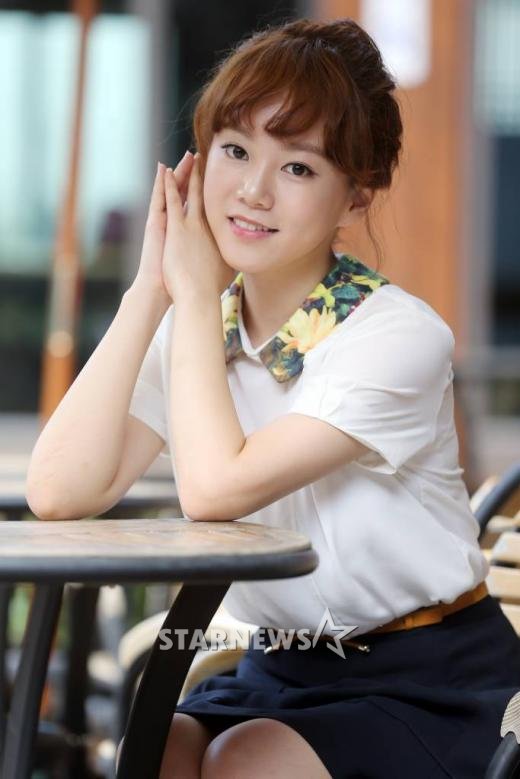 She's coming back as Yoo-na, younger sister to Bit-na, the lead role, in the new MBC daily drama "Shining Romance".

Kwak Ji-min is a student preparing for exams in Yoon-na's house but is an attractive two-sided woman outside the house. She approaches men for fun but ends up falling in love with them. She loves her mother Soon-ok but finds out she 's not her real mother and ends up being despaired.

She recently appeared on the KBS 2TV drama "Good Doctor" as a pregnant woman and left a strong impression.

"Shining Romance" is a story about a heart-born family who go through all sorts of hardships in their lives. It's expected to be a fun family drama written by Seo Hyeon-joo who also wrote, "An Angel's Choice", "Beating Heart", "One Fine Day" and more.

"Kwak Ji-min joins "Shining Romance""
by HanCinema is licensed under a Creative Commons Attribution-Share Alike 3.0 Unported License.
Based on a work from this source