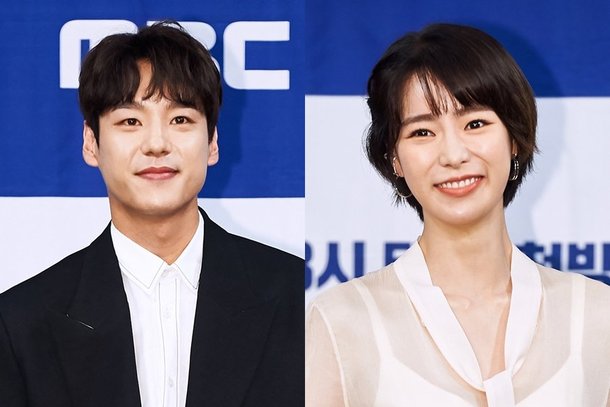 MBC drama "Welcome 2 Life" actors Kwak Si-yang and Lim Ji-yeon were recently reported to have developed a romantic relationship. However, both agencies claim that's not true.

Kwak Si-yang's agency revealed, "We've checked the facts and the rumors aren't true". Lim Ji-yeon's agency stated, "We are appalled". The two actors play detectives in "Welcome 2 Life" and form a 'love triangle' relationship with leading actor Rain. A source from the drama said, "The team film together often, so everything is great between everyone. The rumor is not true".

1987 born Kwak Si-yang and 1990 born Lim Ji-yeon met for the first time through this drama. The rumor also happened to break on the last day of the drama.

Kwak Si-yang and Lim Ji-yeon have been very hard-working on TV and the big screen.

Kwak Si-yang debuted in 2014 with the film "Night Flight" and continued to appear in the tvN drama "Oh My Ghostess" and jTBC drama "Mirror of the Witch". He is looking forward to the release of "The Battle of Jangsari".

Lim Ji-yeon debuted in 2011 with the movie "A Disaster Movie" and continued to appear in "Obsessed", "High Society" and "Blow Breeze". She recently appeared in "Tazza: One Eyed Jack".