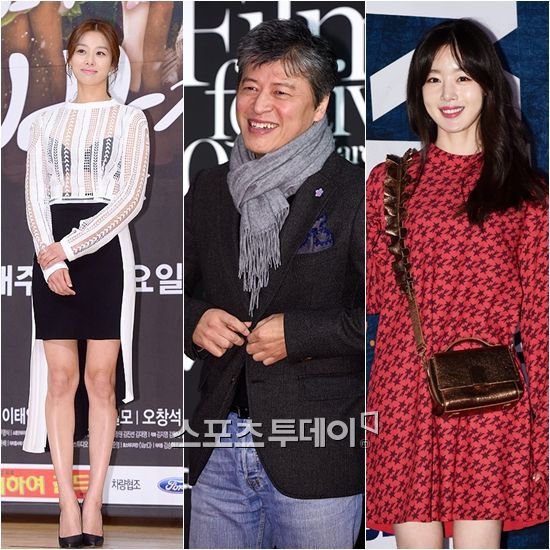 "Radiant Office" is the office tale of a contract employee who is terminally ill. The drama was awarded a prize for Best Mini Series at the MBC Drama Script Contest in 2016.

Kwon Hae-hyo takes on the role of Park Sang-man, the sales department head who is also called 'ass head'. He is an expert in his field as he started from the bottom and is enemies with Seo Woo-jin (Ha Seok-jin) from the marketing department.

Kim Byung-choon plays Heo Goo-dong. He is friends with Park Sang-man and knows how to survive in the office world without trouble.

Jang Shin-young comes back for the first time in 2 years as Jo Seok-kyeong. She is also known as the 'ice princess' or 'ice witch'. She is a perfectionist and a working mother. She knows how to suck up to her superiors and is very good at handing her work over to the next person. She bullies rookie employees but she's not the kind of person who is hated.

Han Sunhwa takes on the role of Ha Jina from the marketing department. She is a cunning one as she acts weak in front of men but actually people like her exist in the real world.

"Kwon Hae-hyo, Jang Shin-young, Han Sunhwa and others to star in MBC "Radiant Office""
by HanCinema is licensed under a Creative Commons Attribution-Share Alike 3.0 Unported License.
Based on a work from this source