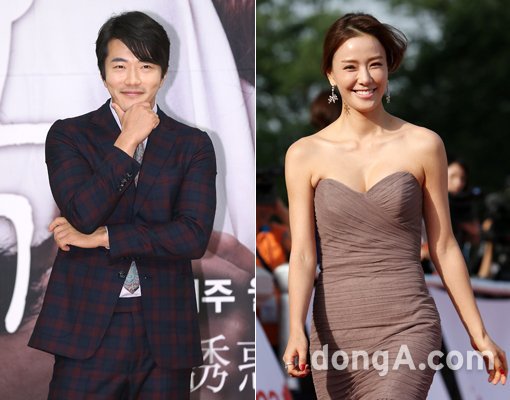 Original Hallyu star kwon Sang-woo is the perfect bridge for exporting his current SBS drama "Temptation" to Japan and China at the highest price.

According to sources, discussions about exporting copyrights to China and Japan are in discussion but once the deal is sealed, it's going to be the highest selling drama in recent times.

This is only possible because kwon Sang-woo is an already known star famous for "Stairway to Heaven" and "Yawang" and he is still popular with women despite the fact that he is married.

Son Tae-young is just as popular as her husband in foreign markets. She's recently completed filming the Chinese movie "Justice War" and is looking forward to release at the end of the year. She was also at the Shanghai International Festival Closing Ceremony.

Her previous drama "Lee Soon-sin is the Best" was also successful and she became the next beauty icon for her stylish representation in the drama.

Another thing to notice is that she's been getting continuous offers from clothing, cosmetics, electronics and other commercials although she's known to be pregnant with her second child.

Son Tae-young's agency claims, "She's due next January or February, so she's going through whatever schedule she has lined up for now. She's doing so there's no harm in her health and the baby's".

It is said that kwon Sang-woo and Son Tae-young have been requested to co-star as well.

"Kwon Sang-woo and Son Tae-young take over Japan and China"
by HanCinema is licensed under a Creative Commons Attribution-Share Alike 3.0 Unported License.
Based on a work from this source