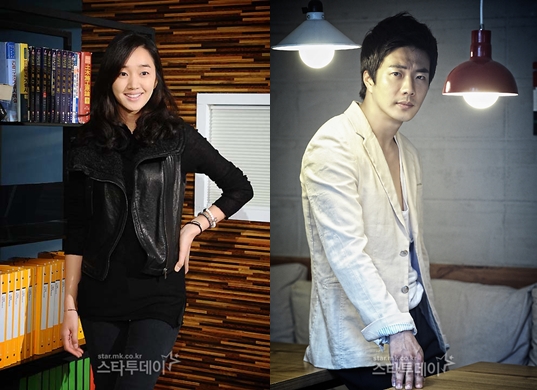 Actor kwon Sang-woo and Soo Ae have been cast for the drama "Yawang".

According to Berdi Media on the 12th, kwon Sang-woo and Soo Ae signed a contract with "Yawang" which should proceed quickly with the finalizing of other supporting acts.

24-part drama "Yawang" is relevant to the third episode of the "Daemul - Big Thing" series by Park In-kwon, about Yoon Nari (Soo Ae) a woman who desires to overcome poverty and become the 'first lady' and an innocent man named Choi Kang-chan (kwon Sang-woo) who sacrifices everything for her. The betrayal and love that occurs in the process spreads out like a panorama along with unstoppable greed and plots, the destruction of the human existence and esthetics of salvation.

The production claimed, "The drama will start filming in August and aim for broadcast in the later half of the year. There have already been pre-sale offers from Japan and China as well as South East Asian countries. We expect a great reaction for the drama as it is made up of an amazing storyline and actor kwon Sang-woo as well as Soo Ae".

kwon Sang-woo who has been in "Daemul - Big Thing" said, "The original was so good I decided to star in it without hesitation". Soo Ae said, "I believe in the original and I felt attracted to the character".

"Kwon Sang-woo and Soo Ae confirmed to star in drama "Yawang""
by HanCinema is licensed under a Creative Commons Attribution-Share Alike 3.0 Unported License.
Based on a work from this source