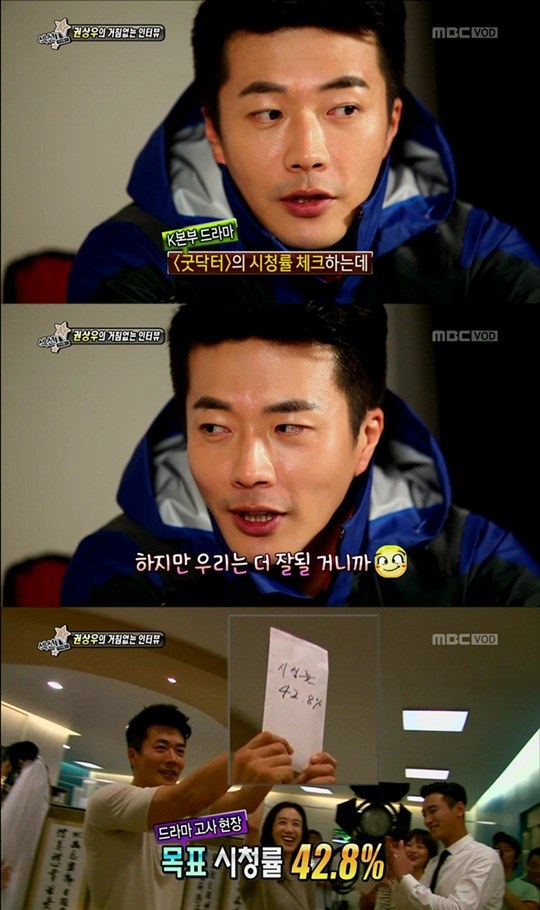 kwon Sang-woo has a feeling of rivalry to Joo Won's "Good Doctor".

kwon Sang-woo was interviewed by MBC show "Section TV" on the 15th.

He mentioned that he checks on the competing drama "Good Doctor" but doesn't watch it.

He said, "I'm envious and I'm sure we would do much better". KBS 2TV drama "Good Doctor" is currently at a percentage close to 20%.

However, kwon Sang-woo previously mentioned that he hopes for a target percentage of 42.8% and that a drama can be called a drama when it has jumped over 30%.