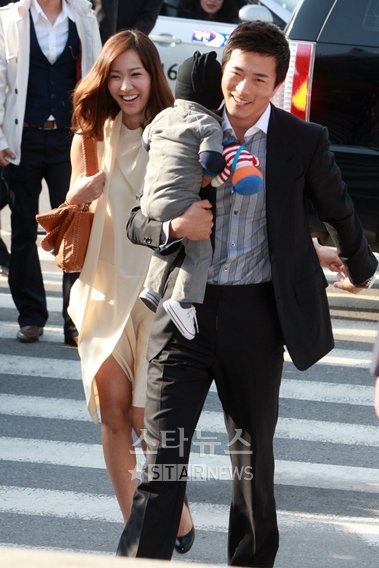 kwon Sang-woo appeared in the corner "The Person Jo Yeong-goo Met" on the SBS "TV News At Night" on the 14th.

Despite the fact that it was 3 in the morning, kwon Sang-woo personally made Jo Yeong-goo beef stew and faced the interview.

About his wife Son Tae-young's cooking, he complimented, "I don't know when she learnt it, but she cooks well. If I say I want 'tangsooyook' then it's there. And I think she's really pretty".

The he advised, "Unmarried actors, marriage is good, hurry up".

Other than that he spoke about the pressure he went through being in the drama "Daemul" after the hit and run accident and the reason why he showed tears at the end-of-the-year awards with the grand prize.

"Kwon Sang-woo "I think my wife Son Tae-young is really pretty""
by HanCinema is licensed under a Creative Commons Attribution-Share Alike 3.0 Unported License.
Based on a work from this source