Kwon Sang-woo, "I want to marry within two years" 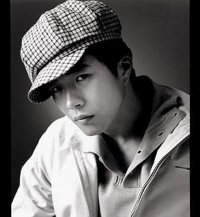 Actor kwon Sang-woo revealed that he would like to marry before becoming 35.

He said in an interview with Sports Korea, "If there was someone I was seeing, I would like to marry even now. I think I need to marry before I become 35 in order to have children and raise a normal family. I don't want to go beyond 35".

It is time for kwon Sang-woo to be thinking seriously about marriage, for he turned 33 this year. He must also think of his parents, who are expecting him to marry, for his older brother of five years married already. He said, "If you're not an actor, you should be married by this age".

After debuting in 2001 in his twenties, he is now moving towards his mid-thirties. He joked, "I was so fresh before. If I look at how I looked at my debut, I feel I got a lot older. It's hard for Asian actors to stay handsome even with age. I want to remain handsome".

He received the role of a violent gang member in the movie "Fate", coming out on the 20th. It is his first evil character after debuting. He said, "I have No Regret of choosing my role. The character is villainous, but he gives laughter. I hope everyone can accept it as a change".

"Kwon Sang-woo, "I want to marry within two years""
by HanCinema is licensed under a Creative Commons Attribution-Share Alike 3.0 Unported License.
Based on a work from this source