Actor kwon Sang-woo is a 'fool for his son'. 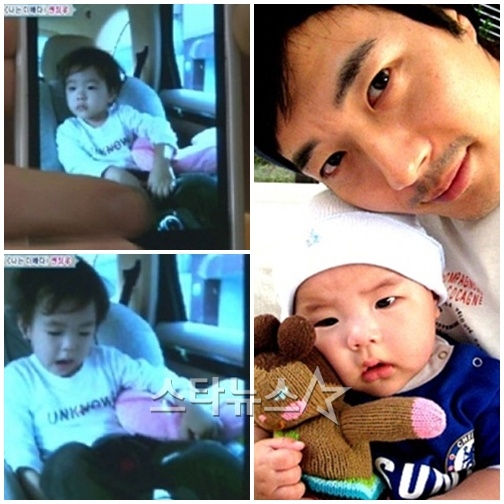 kwon Sang-woo appeared in the corner "The Person Jo Yeong-goo Met" on the SBS "TV News At Night" on the 14th.

Despite the fact that it was 3 in the morning, kwon Sang-woo personally made Jo Yeong-goo beef stew and faced the interview.

He said, "I always tell my son Rook-hee 'I love you' more than 10 times. My dad wasn't there when I was young so I've always had that empty space".

"I want to be a super dad for Rook-hee" he said, as he showed pictures of Rook-hee.

Rook-hee in the picture looked just like his mom and dad and stylish.

Other than that he spoke about the pressure he went through being in the drama "Daemul - Big Thing" after the hit and run accident and the reason why he showed tears at the end-of-the-year awards with the grand prize.

"Kwon Sang-woo reveals 3-year-old Rook-hee "Stylish""
by HanCinema is licensed under a Creative Commons Attribution-Share Alike 3.0 Unported License.
Based on a work from this source