Label system to be applied to dramas 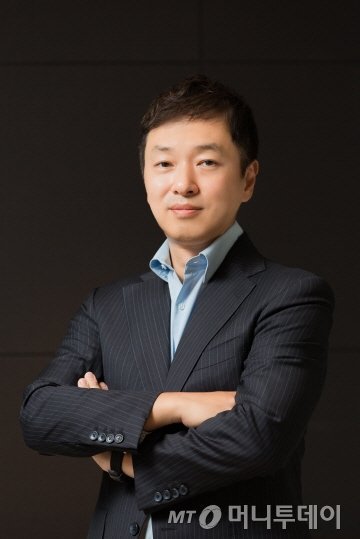 Ahn Seok-joon, the representative for FNC Ad Culture, is known as Midas in the domestic music market. He caused CJ E & M's music business to grow by 200 billion won (~$177,340,000) in sales and lead changes in music distribution, concert, and label systems.

At the end of last year, there was a lot of concern when Ahn, a music expert, moved to FNC Ad Culture, a drama and entertainment program production company. It was an enitrely different field that he had no experiencein. However, he passed with flying colors just eight months into the job.

Ahn explained, "The drama production company should be ready to quickly react to the consumer's watching pattern. First, the export to China is blocked so the sales are now making a steady profit through weekend or daily dramas".

He added that export to China influenced by the positioning of THAAD will take some time so he is pursuing cooperation with Southeast Asia exports and global platforms, but not with China.

Ahn plans to introduce a label system in the drama. The label that is commonly used in the music market is a system for creating and distributing music by establishing professional agencies by genre or artist.

"The taste of consumers is rapidly changing so dramas need to have a labeling system", said Ahn. "We plan to acquire three or four excellent producers according to genre such as romantic comedy and crime and create up to eight dramas a year". This is why FNC Ad Culture acquired the production film of the drama, "Sister is Alive" in May.

The film production and investment division also expect earnings to be visible starting next year. FNC Ad Culture has invested in the film "V.I.P", which was released on the 23rd, and created a Korean film investment fund, with Warner Bros. Korea and Hwai Investments.

"All of the DVD distributions for the films invested in this fund will be taken by EFN's FNC Ad Culture", said Ahn. "We will make a leap into films, dramas and entertainment to make a comprehensive contents company".

"Label system to be applied to dramas "
by HanCinema is licensed under a Creative Commons Attribution-Share Alike 3.0 Unported License.
Based on a work from this source