"Lady" Jang Mi-hee, graceful as ever 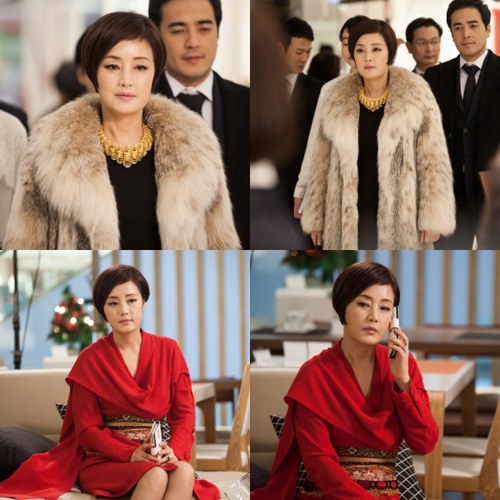 Stills of Jang Mi-hee from "Lady" have been revealed.

Jang Mi-hee appeared royal and graceful in the pictures of the new JTBC drama "Lady".

The first scene was taken in a department store in Kyeonggi-do. Jang Mi-hee arrived at the set of the drama and greeted all the staff and co-stars before starting friendly conversations with them.

She organized her routines with her so-stars and analyzed her role and the drama during breaks. She transformed herself into the "Lady" she is with perfect lines and hand gestures.

A staff from the production said, "We were surprised at how young she looks and once again by her passion for her work. We expect this to be a great drama as much as she prepared for it".

Jang Mi-hee is mother to Mi-na (Park Jung-ah) and leader of Myeongga Group instead of her husband. She chose arranged marriage for the sake of her family's business expansion and puts it down on her daughter that she follows her path. She puts weight on wealth and authority and has charisma behind the elegance .

Meanwhile, "Lady" is about the very different lives of two women who come from different backgrounds. To be aired on the 13th of January after "Can't Take It Anymore".

""Lady" Jang Mi-hee, graceful as ever"
by HanCinema is licensed under a Creative Commons Attribution-Share Alike 3.0 Unported License.
Based on a work from this source