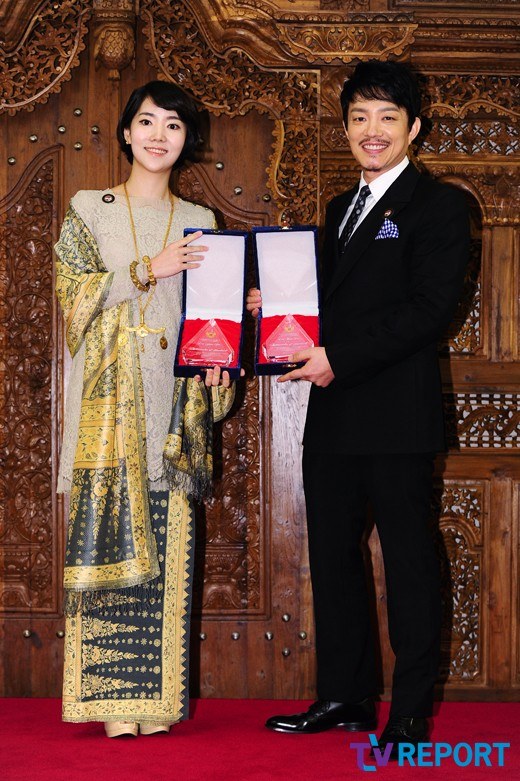 Actor Lee Beom-soo and his interpreter wife have been selected as the promotional ambassadors of the 2013 Indonesian Film Festival.

They were asked to do this by the Indonesian government in June and it's thank to Lee Yoon-jin-I that they have this honor.

Lee Yoon-jin-I spent her younger years in Indonesia and said that it was like her second home. Lee Beom-soo also had interest in the country where his wife was raised and showed his love for her.

Therefore, this couple will attend the opening ceremony of the 2013 Indonesian Film Festival that's being held in CGV Yongsan this 26th.

The festival is being held in Korea in celebration of Korea and Indonesia's 40 years friendship. Nine Indonesian films will be introduced during this time and opportunities to get closer to the country will be made.

The 2013 Indonesian Film Festival will be held from the 26th of this month to the 2nd of October.

"Lee Beom-soo and Lee Yoon-jin selected for 2013 IFF"
by HanCinema is licensed under a Creative Commons Attribution-Share Alike 3.0 Unported License.
Based on a work from this source