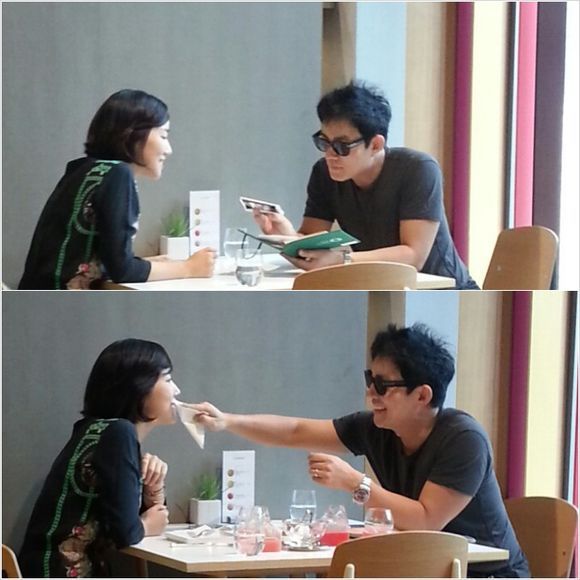 Actor Lee Beom-soo's wife is pregnant with their second child.

Previously, pictures of the couple were posted online. The two of them are in a café, enjoying time together and smiling happily at each other. He was seen wiping his wife's mouth and looked like a young couple on a date.

Other than that, netizens questioned if Lee Yun-jin was pregnant or not looking at the picture Lee Beom-soo was holding in his hand.

Meanwhile, Lee Beom-soo has become a movie director starring the students of the school he's teaching at. This movie can be seen at the Ministry of Health and Welfare site and YouTube.

"Lee Beom-soo's wife, Lee Yun-jin, four months pregnant"
by HanCinema is licensed under a Creative Commons Attribution-Share Alike 3.0 Unported License.
Based on a work from this source