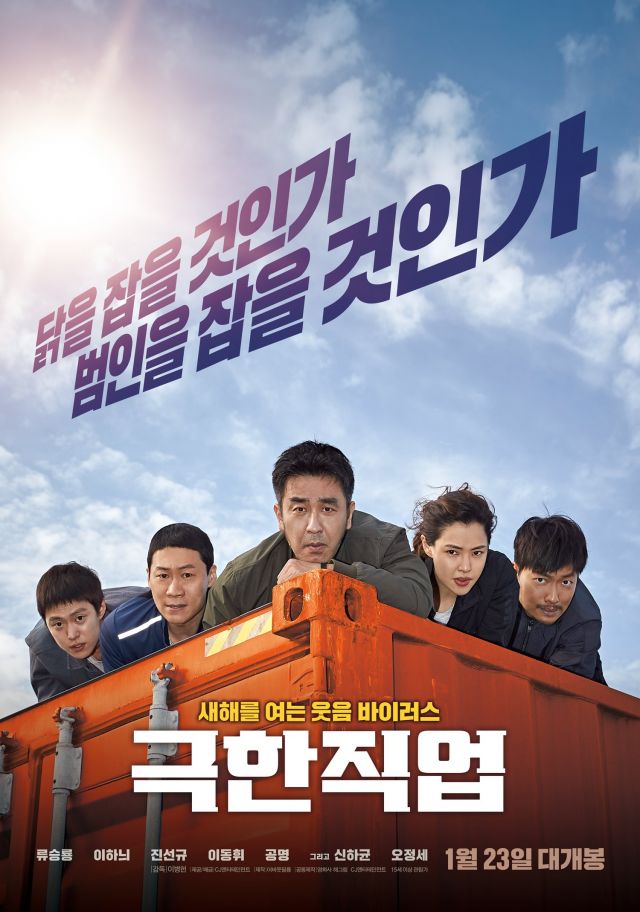 Director Lee Byeong-heon-I's latest film is making a splash at the box office.

According to the Korean Film Council, the comedy "Extreme Job" drew more than 4.45 million viewers in just about a week after its release on Jan. 23.

If this pace continues, the comedy could reach the 10-million milestone in ticket sales, especially with the Lunar New Year break just around the corner.

The film starring Ryu Seung-ryong and Lee Honey is about a team of narcotics detectives who go undercover to take down an organized crime gang.