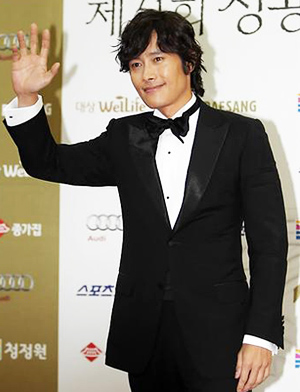 Star actor Lee Byung-hun has confirmed his appearance in the Hollywood blockbuster movie "G.I.Joe 2" and will begin filming from June this year, his agency, BH Entertainment announced on January 16. The agency explained, "The writers who had written the script for the movie 'Zombieland', Rhett Reese and Paul Wernick, are now working on writing the script for 'G.I.Joe 2', and as soon as the director and other cast members are chosen, Lee will start to film the movie from June, as planned. Lee Byung-hun will prepare for filming from May and will fly to the USA in June".

"G.I.Joe 2" will be released in the summer of 2012. Lee had advanced to Hollywood with his appearance in the "G.I.Joe : The Rise Of Cobra" in 2009. The action blockbuster movie, based on the original cartoon about a battle between the G.I. Joe troops, who protect peace in the world, and Cobra, had earned profits of 302.13 million dollars from all around the world.

Lee Byung-hun had played the character "Storm Shadow" in the movie and enjoyed huge popularity. "Storm Shadow" has also been chosen as the most popular character along with "Snake Eye" among fans of the original.

"Lee Byung-hun to Star in Hollywood Blockbuster 'G.I.Joe 2'"
by HanCinema is licensed under a Creative Commons Attribution-Share Alike 3.0 Unported License.
Based on a work from this source