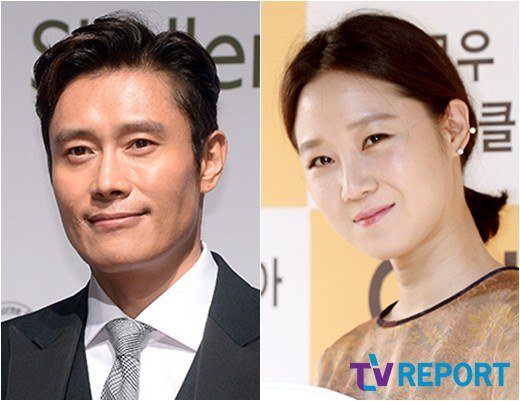 A man is pushed to the edge of his life once he loses everything at once. He now leaves to Australia to meet his wife Soo-jin and his son Jin-woo, who had left to the country for the son's education abroad. The suspense movie is anticipated to deliver the story structure of the well-written screenplay.

The role Lee Byung-hun will play is Kang Jae-hoon, a branch manager of Elite Investment Securities. Kang Jae-hoon is a character who has strong sense of responsibility and leadership as well as experiences sadness and fury.

Gong Hyo-jin's role, Soo-jin is Kang Jae-hoon's wife, and also one of those stylish moms. Gong Hyo-jin's unique acting style and method acting will be brought out through this film. While she has been presenting the exceptional chemistry with her partner actor each time, how Gong Hyo-jin will form the perfect chemistry with actor Lee Byung-hun as a married couple in the movie this time is garnering attention.

If this offer is finally signed, then Lee Byung-hun will continue with his appearances in multiple movies consecutively. Now that his current movie 'Inside Men: The Original' is out there, his next film has been decided to be "Master" co-starring Gang Dong-won and Kim Woo-bin. As soon as Lee Byung-hun finishes filming "Master", of which shooting starts in the first half of this year, he will then join "A Single Rider".

Gong Hyo-jin returns to silver screen with "A Single Rider" in three years, while she had such a success with her roles in dramas, "Master"s Son', 'It's Okay, That's Love', and "Producers".

Meanwhile, "A Single Rider" is a debut feature film by director Lee Zoo-young, who is a graduate from Korea National University of Arts. Warner Bros. is in charge of the investment and distribution of the movie.

"Lee Byung-hun and Gong Hyo-jin to play a married couple in new movie 'A Single Rider'"
by HanCinema is licensed under a Creative Commons Attribution-Share Alike 3.0 Unported License.
Based on a work from this source