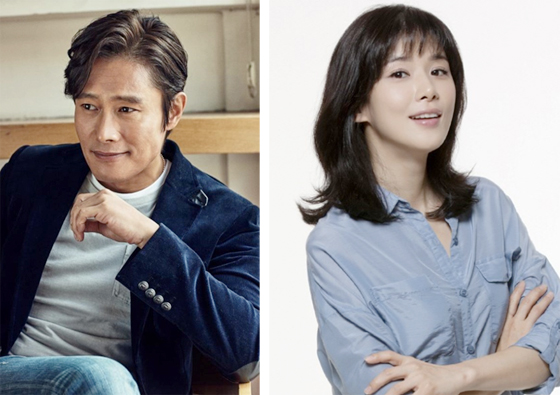 Actor and actress Lee Byung-hun and Lee Bo-young are starring in the new SBS drama "Advance". They haven't signed contracts yet but they have a great amount of faith in the writer Park Kyeong-soo so it's very likely they are going to go with it.

Lee Byung-hun's comeback is actually quite meaningful as the last drama he starred in was the 2009 KBS 2TV drama "IRIS" which holds a record of over 40% in viewing percentage. Then he starred only in movies which were a timeless hit. In 2014, he was blackmailed by a couple of women in their 20s but he gained his reputation back with the movie "The Insiders" and diluted all negative views about him. Now he's back with a drama for the first time in 8 years.

Lee Byung-hun's attention was drawn when Park Kyeong-soo was penned the writer for "Advance", who has written a couple of successful macho dramas. "Advance" is a police story which will also help to renovate Lee Byung-hun's image.

Lee Bo-young's comeback is also a big deal. When Lee Byung-hun took home the KBS Best Actor Award for "IRIS", Lee Bo-young took home the SBS Best Actress Award for "I Hear Your Voice". They both have a good eye for choosing their work and have nearly always been successful, so "Advance" is expected to be a great drama.

Whether or not they will be in the drama is in the hands of writer Park. He is going to deliver the scripts to the cast in the middle of the month but it's not ready yet. Convincing the cast is crucial as it's a pre-produced drama too.

"Lee Byung-hun and Lee Bo-young to come back with SBS drama "Advance""
by HanCinema is licensed under a Creative Commons Attribution-Share Alike 3.0 Unported License.
Based on a work from this source