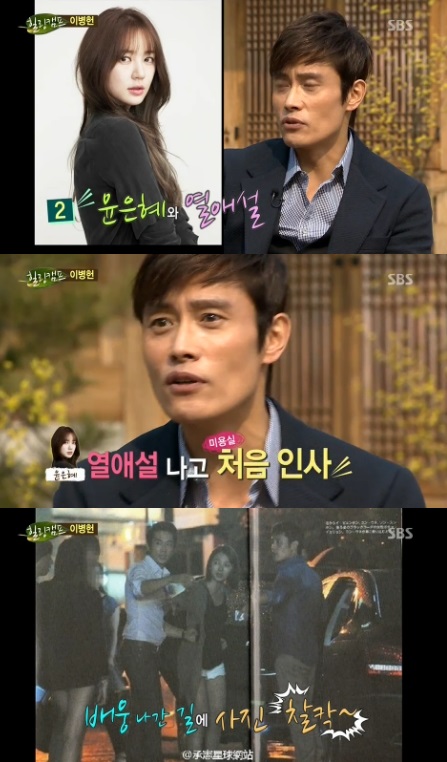 Actor Lee Byung-hun spilled the beans on the SBS "Healing Camp" on the 11th which rated 11.4%, a record.

Lee Byung-hun answered MC Lee Kyeong-gyu, Han Hye-jin and Kim Je-dong's out of the blue questions and explained about the rumors about him being a playboy and such.

He said, "I wonder if those who have been in a scandal might want to talk in a place like this". He explained about the scandals he had with Kim Min-hee and Yoon Eun-hye.

Lee said he was in the program thanks to Lee Min-jung's suggestion and that she was a fan. He mentioned that appearing in the program would earn him something precious.

"Lee Byung-hun explains about scandal with Yoon Eun-hye"
by HanCinema is licensed under a Creative Commons Attribution-Share Alike 3.0 Unported License.
Based on a work from this source