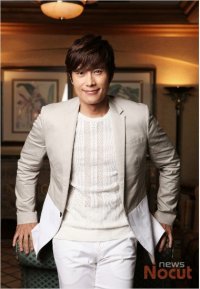 The awards are an upgraded version of the 14-year-old Channel V Chinese Music Awards, the agency said.

The awards ceremony will be held on Sunday at the Chengdu International Tennis Center in Sichuan Province.

"The gala will be broadcast across the mainland and in 53 countries and territories including Hong Kong, Indonesia, Macau, Singapore and Taiwan", BH Entertainment said. "Coincidentally, Lee and actress Kim Tae-hee will be in China at the time for promotional events and interviews for the drama "IRIS"."

The hit Korean drama starring the two celebrities will soon be aired in China by Star TV.