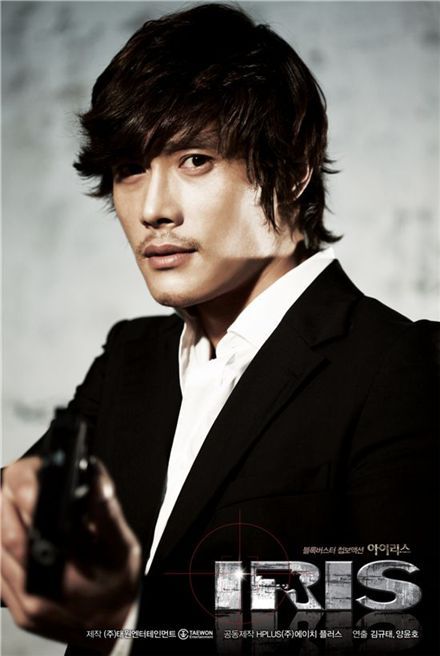 Top Korean actor Lee Byung-hun took Japan by storm last week while on promotional tour for blockbuster TV series "IRIS", according to a press release by his agency BH Entertainment.

The actor flew into Tokyo on Saturday, where he was greeted by some 1,000 fans at Narita International Airport, and drew large crowds at various media and public appearances during his visit.

When he appeared as a guest on popular TBS television program "Akko ni Omakase!" on Sunday, several Japanese actresses reportedly paid a visit to Lee's waiting room to see the Hallyu star including Kuroki Meisa, who lent her voice for the drama's female lead, originally played by Korean actress Kim Tae-hee.

"My heart is pounding and I have never been this nervous in my life", the Japanese actress was quoted as saying after meeting Lee.

For a segment on another TBS show, hosted by noted Japanese anchor Azumi Shinichiro, Lee and co-star Kim Tae-hee made a surprise visit to Mejiro University on Tuesday, walking into a classroom full of students who were studying Korean culture with one of Lee's films "JSA - Joint Security Area".

The students at the university were said to have followed Lee around campus all day during the shoot for the TV show.

"Lee Byung-hun is continuing to further solidify his status in Japan not only as a Hallyu star but as an actor with his consistent acting work and transformations", explained an official in the local entertainment industry. "With "IRIS" set to air in the country for six months, the Japanese industry is waiting to see how the series will change the dynamics of Korean Wave".

"IRIS", which premiered on TBS last night, will be broadcast every Wednesday evening at 9 p.m.

The drama sparked a frenzy among viewers around the country and dominated weekly TV ratings charts during its two-month run.

Lee returned to Korea yesterday after wrapping up promotion in Japan.