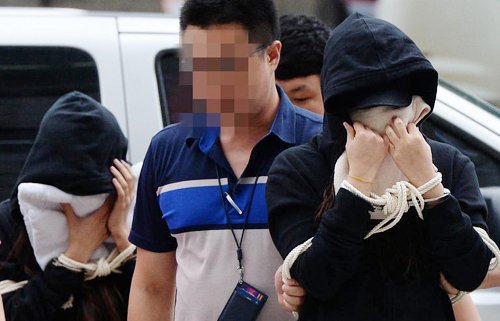 They are 20-year-old member of a K-pop girl group identified by her surname Kim and a 25-year-old model named Lee.

The pair threatened to publish a video in which the actor is heard to make lewd remarks during a drinking session unless he paid the W5 billion (US$1=W1,020).

Kim Seung-joo, a judge at the Seoul Central District Court, granted an arrest warrant saying the charges are serious enough and there is possibility that the women could flee or destroy evidence.

According to the Gangnam police, the video clip shows the actor asking the women direct questions about their sexual preferences.

The suspects have admitted the charges.

"Lee Byung-hun's Blackmailers Arrested"
by HanCinema is licensed under a Creative Commons Attribution-Share Alike 3.0 Unported License.
Based on a work from this source