Lee Byung-hun to star as King of Joseon 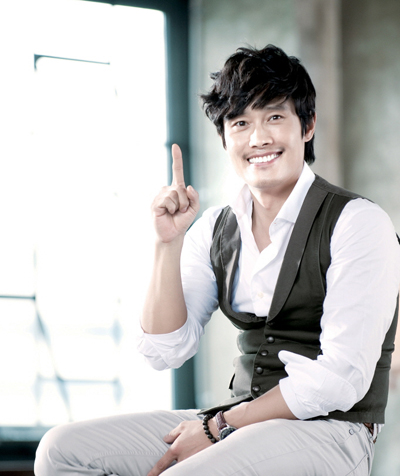 Top Korean star Lee Byung-hun is set to play the lead in CJ E&M Pictures' "Masquerade" (working title). Lee's management agency BH Entertainment announced that he is confirmed to star in the historical drama to be directed by Choo Chang-min ("Late Blossom") and written by Hwang Jo-yoon ("Old Boy").

At the moment, Lee is playing the role of Storm Shadow in the Hollywood productionG.I. Joe 2: Retaliation which is shooting in New Orleans. He played the same character in the 2009 film G.I Joe: the Rise of Cobra. His other credits include starring in Kim Jee-woon's "The Good, the Bad, the Weird" and "I Saw the Devil", as well as Park Chan-wook's "JSA - Joint Security Area".

With a hot fan base in Japan, Lee is due to return to Korea and prepare for a Japanese arena tour where he will meet with an estimated 60,000 fans at the end of the year.

Choo previously directed the hit comedy "Mapado" (2004) and the romantic senior citizen drama "Late Blossom" which became a sleeper hit through word of mouth after it was released in February this year.

"Masquerade" is a sort of "The Prince and the Pauper" story where a commoner of the lowest class takes the place of the ruling monarch Gwanghaegun and comes to realize all that the position entails. The Korean title translates as "I Am a/the King of Joseon".

Lee will act in both the roles of the charismatic king and the sympathetic commoner, with a romantic connection with the queen as well.

Formerly, director Kang Woo-seok ("Silmido", "GLove") was reported to be attached to the project but Choo is now set to direct.

The film is due to start shooting early next year with a budget of US$8 million.

"Lee Byung-hun to star as King of Joseon"
by HanCinema is licensed under a Creative Commons Attribution-Share Alike 3.0 Unported License.
Based on a work from this source