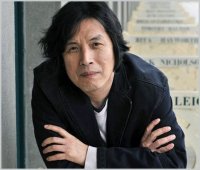 Go Ah-sung (the girl captured by the monster in "The Host") plays the lead role as one of the older children at a nursery in a story about adoption.

After its exhibition at Cannes, "A Brand New Life" is tentatively scheduled for a release in May.