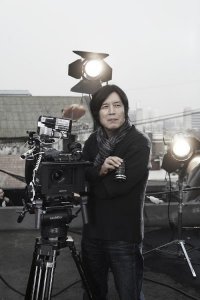 Director Lee Chang-dong's next film is in the post-production stage after filming finished on February 10th. The film will be released in Korean cinemas in May.

The Korean title has been changed from "Secret Sunshine" to "Milyang", after the place where the love story unfolds. Jeon Do-yeon plays a woman who settles in Milyang with her young son after her husband's death. Song Kang-ho is the head of a car center who develops an interest in her and assists the two when they endure hardship.