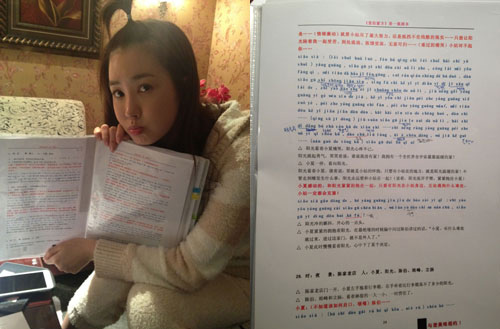 Actress Lee Da-hae displays her excellent command of Mandarin in a video clip uploaded on YouTube recently. Her management agency said the sneak preview of a Chinese soap opera was apparently uploaded by a Chinese staffer and had been circulating in China before it hit the global video website.

"Lee has worked very hard on mastering Chinese, and her efforts are paying off", it said in a press release.

Lee is the first Korean actress to perform in Mandarin in a Chinese soap opera. Until now, Korean actors spoke their lines in Korean and were dubbed, but Lee memorized all her lines in Mandarin and spent lot of time studying the language.

Lee's management agency said, "Lee communicates well with local staff in Chinese and delivers her lines without problem because she had been studying Mandarin for seven years, looking for opportunities in China". Lee has been shooting TV drama "Love Recipe" in Shanghai since last month. It is to be aired in China nationwide in August.