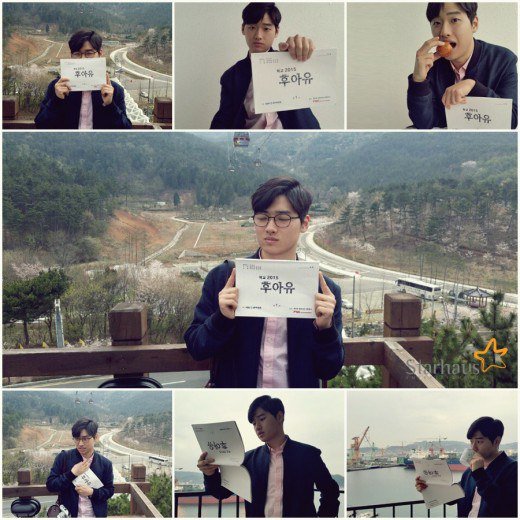 Actor Lee David succeeded with his first take of the KBS 2TV drama "Who Are You - School 2015".

Pictures of the actor show the background in which the first scene was taken. Lee David is holding his script and thanks to his experience in past movies and dramas, he did a good job on this day.

Lee David in the picture has 7 different facial expressions with different poses.

Lee David debuted when he was 9 years old and has grown into a decent actor. He has starred in "The Terror Live", "The Front Line", "Arrow, The Ultimate Weapon" and more.

He stepped on the red carpet when he was 17 for the movie "Poetry" and his leading movie "Pluto" was nominated at the Berlin International Film Festival.

Despite his age, he has much experience in acting and that makes him an acknowledged actor in the country.

"Lee David in "Who Are You - School 2015""
by HanCinema is licensed under a Creative Commons Attribution-Share Alike 3.0 Unported License.
Based on a work from this source