Lee Dong-gun and Jiyeon break up after 2 years 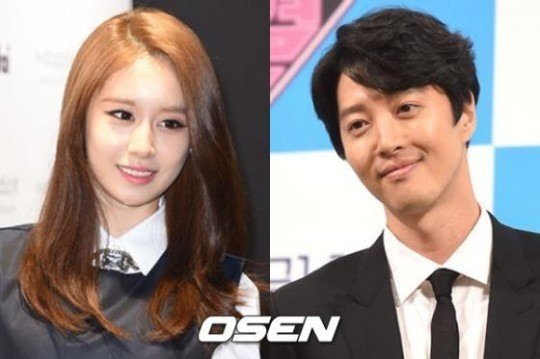 Apparently they decided to remain 'friends'.

Their busy schedules and work issues led to their break up.

The two met in 2015 in a Korean-Chinese movie that they filmed together.

Pictures of Lee Dong-gun and Jiyeon together came up online and a scandal broke out. They admitted to seeing each other right away.

Lee Dong-gun debuted as a singer in 1998 and debuted as an actor afterwards. He is currently starring in the KBS 2TV drama "The Gentlemen of Wolgyesu Tailor Shop".

"Lee Dong-gun and Jiyeon break up after 2 years "
by HanCinema is licensed under a Creative Commons Attribution-Share Alike 3.0 Unported License.
Based on a work from this source