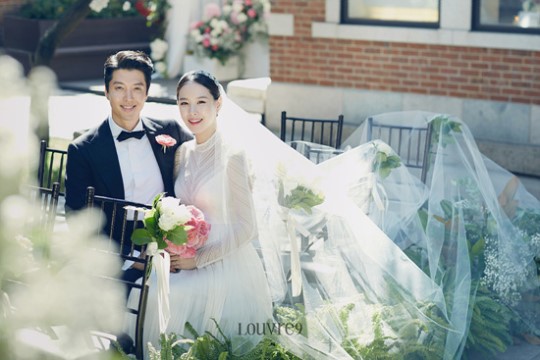 On the 30th, star couple Lee Dong-gun and Jo Yoon-hee revealed their wedding photos through their agencies.

On the 29th, the two wed in secrecy in a restaurant in downtown Seoul. It is told through a source that the wedding was small but filled with warmth as they had received their families' blessings. 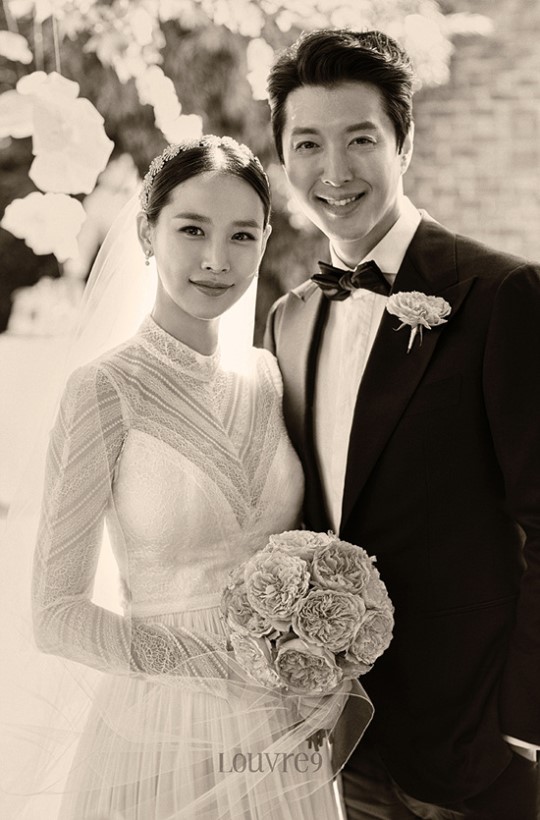 Actress Jo Yoon-hee was a beautiful bride at the scene in her white wedding dress, smiling from ear to ear with a pink flower bouquet in her hand.

Actor Lee Dong-gun was also a happy groom as he preciously escorted his bride.

Lee Dong-gun and Jo Yoon-hee became a couple through the drama, "The Gentlemen of Wolgyesu Tailor Shop". Two revealed their love story on February and announced their pregnancy in April. 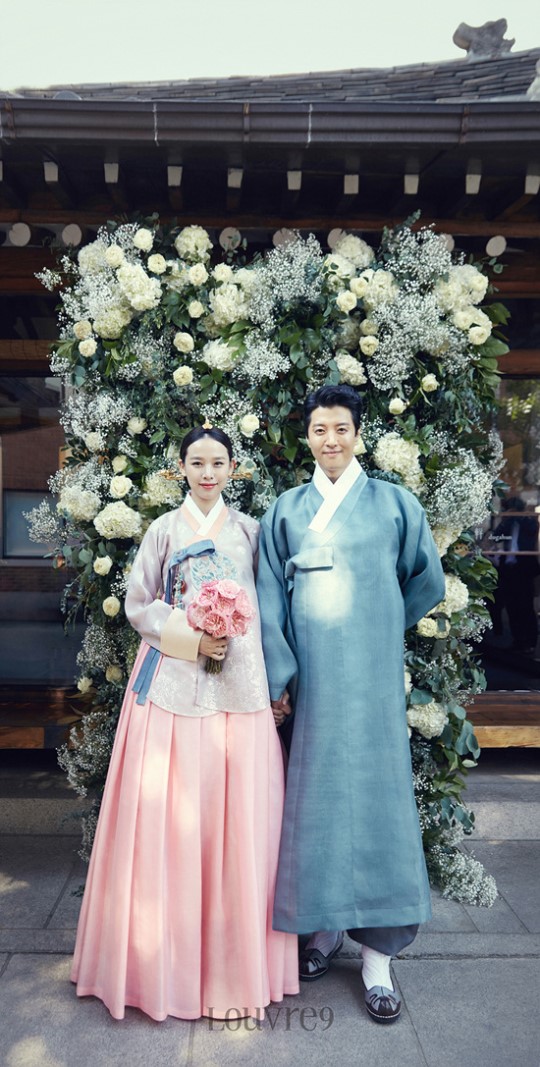 "Lee Dong-gun and Jo Yoon-hee Couples' Painting-like Wedding Photos"
by HanCinema is licensed under a Creative Commons Attribution-Share Alike 3.0 Unported License.
Based on a work from this source