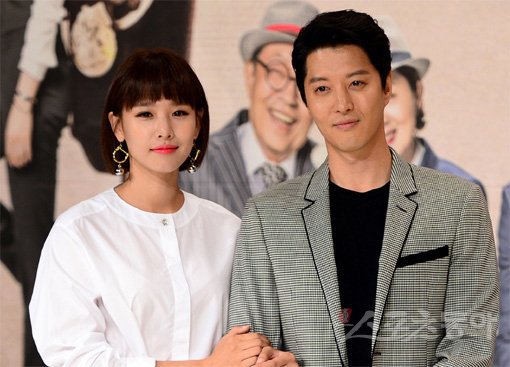 Jo Yoon-hee is getting married with Lee Dong-gun. She's currently at the beginning stages of pregnancy so she must be busy with prenatal activities and marriage preparations.

They are supposedly getting married on the 3rd of August, according to sources. Lee Dong-gun is currently in the drama "Queen for 7 Days". They have the dates confirmed with their parents and details will be out soon.

Jo Yoon-hee and Lee Dong-gun met in the drama "The Gentlemen of Wolgyesu Tailor Shop" as lovers. They registered as a married couple in May and revealed that she was pregnant.

It's up to Jo Yoon-hee to check everything off the to-do list. Lee Dong-gun is helping her out whenever he can but he has to stay focused on the drama. She's been getting help from a marriage company as she's not "ALONE" but still, she's been overlooking everything herself.

Meanwhile, Lee Dong-gun mentioned that his wife supports him a lot with his drama and that he almost ran home when she texted that 'Hobbang' (baby's nickname) missed Daddy.