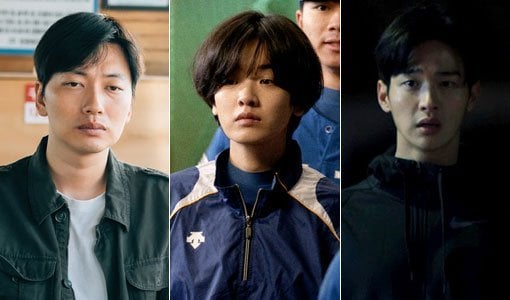 Actors Lee Dong-hwi, Lee Joo-young and Jang Dong-yoon are returning with independent films with deep messages. They, who have been receiving love calls from production teams due to their strong performances in movies and dramas, do not give up their desire to gather up new energy through independent films.

On the 29th, Lee Dong-hwi simultaneously unveiled "Somewhere in Between" through online VOD services such as general theaters and Olleh TV. The decision was made by the production team to introduce the work to more audiences, considering the situation in which theater screenings are not possible in the aftermath of the spread of the new coronavirus infection (COVID-19).

Thanks to this, Lee Dong-hwi's new look, which he attempts to show as a change through "Somewhere in Between", can also be introduced to the wider public. The movie is about a protagonist who fails the bar exam going down to his hometown and working at the re-release theater. It contains the warm consolation from the people of the hometown that Lee Han-wi and his mother (Shin Shin-ae) receive. Lee Dong-hwi calmly portrays a character who has fallen into the rigors of ordinary daily life, breaking away from the comic acting he showed in his latest film, "Extreme Job", or the drama "Pegasus Market".

Lee Joo-young, who played an active role in the drama "Itaewon Class", will also release an independent film. "Baseball Girl", which will be released on June 18th, is a new stage for her. She is also known as an independent movie star thanks to her outstanding appearance in the films such as "Jane", "Maggie" and "A Quiet Dream".

In "Baseball Girl", Lee Joo-young depicts a woman growing up. The story is about a girl who is the ace of a high school baseball team, but cannot even take a test to join a professional team because she is a woman struggling to overcome the barriers of reality with her newly appointed coach.

Jang Dong-yoon, who rose to stardom with the drama " The Tale of Nokdu", released his lead film "Run Boy Run" on the 28th. It is a story of growth as a promising sprinter gets caught up in an unexpected event. Two years after "Beautiful Days - 2017", starring Lee Na-young, he returns to the screen to complete this youth film.

"Lee Dong-hwi, Lee Joo-young and Jang Dong-yoon, Talented Actors at the Forefront of Independent Films"
by HanCinema is licensed under a Creative Commons Attribution-Share Alike 3.0 Unported License.
Based on a work from this source