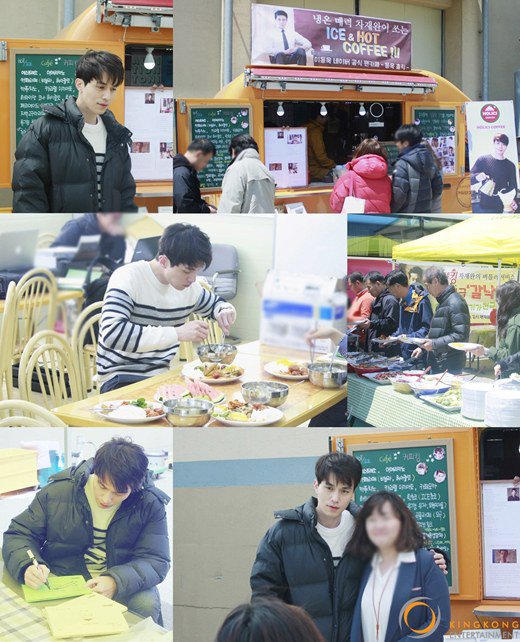 Lee Dong-wook expressed his gratitude to those fans who brought him food to the drama set.

According to King Kong Entertainment, a food van was sent to the set of the MBC drama "Hotel King" at a resort in Pyeongchang, Gangwondo on the 29th. The atmosphere around the set was lively as everyone was able to enjoy various types of healthy food.

There was also a coffee truck with the sign 'ICE AND HOT COFFEE' and everyone cheered.

Pictures released by King Kong Entertainment show Lee Dong-wook eating the food provided by the fans. He met each and everyone who came from far away and gave them autographs. He also posed and took pictures with them with his arms around their shoulders.

Lee Dong-wook said, "I am grateful to you for coming out to wherever I am when I am working. We had a great time with the food and coffee and we should be re-energized to work harder now".

"Lee Dong-wook grateful to fans for gift"
by HanCinema is licensed under a Creative Commons Attribution-Share Alike 3.0 Unported License.
Based on a work from this source