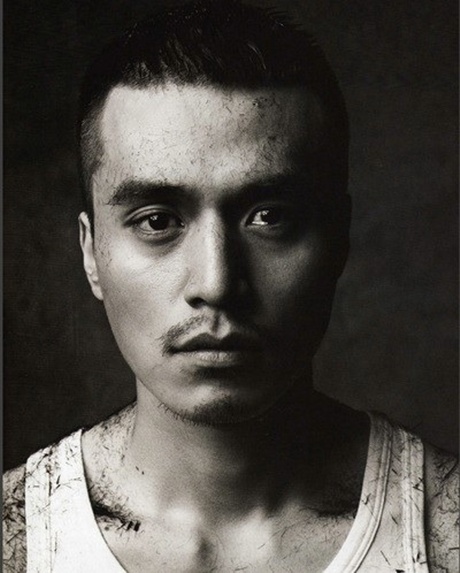 Actor Lee Dong-wook's pictures from before he joined the National Service were revealed.

He posted a writing on his Me2day saying, "I went to the army like this with my head shaven. I wanted to make it unique so I shaved it while taking pictures...it would be a memory now but i was so serious then..."

He continued, "I rememeber talking to my manager coming out of the house in the morning. You took me to Nonsan 2 years ago!"

In the picture, his eyes were wet. He captured himself transforming into a soldier in his pictures.

Netizen's say, "It's something you will keep forever", " You look good with anything", "Changing into a man" and more.

Meanwhile, Lee Dong-wook was discharged on the 20th of June and is currently playing the role of Kang Ji-wook in the SBS drama "Scent of a Woman".

"Lee Dong-wook picture with tears before NS"
by HanCinema is licensed under a Creative Commons Attribution-Share Alike 3.0 Unported License.
Based on a work from this source