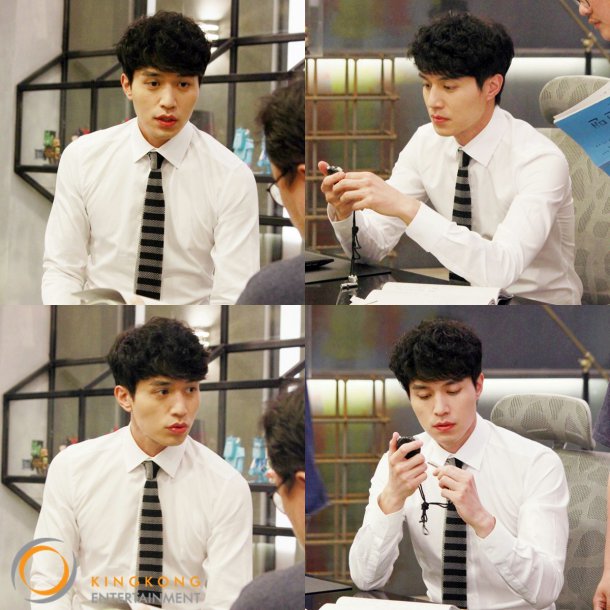 Lee Dong-wook is currently starring in the KBS 2TV drama "Blade Man" as Joo Hong-bin, a man who has the looks and wealth.

Lee Dong-wook in the picture is charismatic and cute at the same time. He's also seen continuously talking to the staff and that brings about people to say, "That's Lee Dong-wook indeed".

He seems very meticulous in what he's doing as he's taking care to look everywhere before the camera starts rolling. He also looks dandy in his white shirt and fair skin.

Meanwhile, KBS 2TV drama "Blade Man" can be seen every Wednesday and Thursday at 10PM.

"Lee Dong-wook's behind-the-scenes stills from "Blade Man""
by HanCinema is licensed under a Creative Commons Attribution-Share Alike 3.0 Unported License.
Based on a work from this source