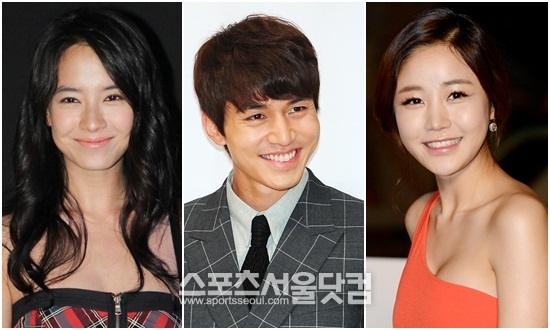 Actor Lee Dong-wook, Song Ji-hyo and Yoon Jin-yi are about to attempt at a historical.

According to the media, the three will be starring in the upcoming KBS drama, "Heaven's Orders" which is the Joseon version of "THE CHASER - Drama". A government official is on the run for being part of a human poisoning plot but struggles to save his daughter from a terminal illness.

Lee Dong-wook takes on the role of Choi Won the government official, Song Ji-hyo in the role of his stepdaughter Hong Da-in and Yoon Jin-yi is So-baek, the boyish daughter of a gangster boss.

King Kong Entertainment claimed that Lee Dong-wook and Yoon Jin-yi are going through the final phase of their contract at the moment.

Meanwhile, "Heaven's Orders" is written by Choi Min-gi and produced by Lee Jin-seo. It is to be aired in April after "IRIS 2".

"Lee Dong-wook, Song Ji-hyo and Yoon Jin-yi in "Heaven's Orders""
by HanCinema is licensed under a Creative Commons Attribution-Share Alike 3.0 Unported License.
Based on a work from this source