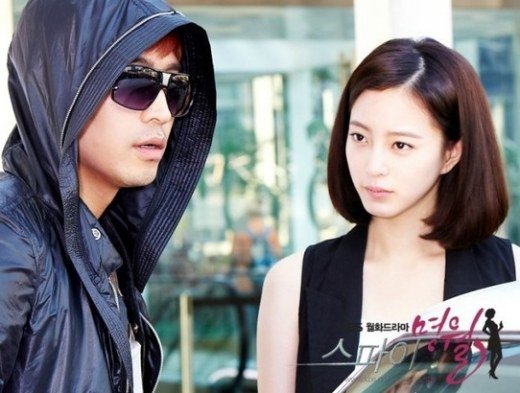 Actor Lee Deok-hwa mentioned the case where Han Ye-seul ran away from her acting duty 3 years ago during the making of the KBS 2TV drama "Spy MyeongWol".

While they were talking about viewing rates he said, "I don't think percentage matters much, as there hasn't been an unsuccessful drama with myself starring in it".

"There was one which failed, but that was because a woman had ran away". The 'one who ran away' was Han Ye-seul and 'the one that failed' was "Spy MyeongWol".

In 2011, Han Ye-seul and Eric were filming "Spy MyeongWol" but she suddenly decided to give everything up and ran away to America and cut off all contact.

Lee Deok-hwa said, "We were all surprised she left so suddenly. I didn't say anything then because I was on neither side. I can say this now because that was my worst memory in my 40 years of acting".

"Lee Deok-hwa criticizes Han Ye-seul from "Spy MyeongWol""
by HanCinema is licensed under a Creative Commons Attribution-Share Alike 3.0 Unported License.
Based on a work from this source