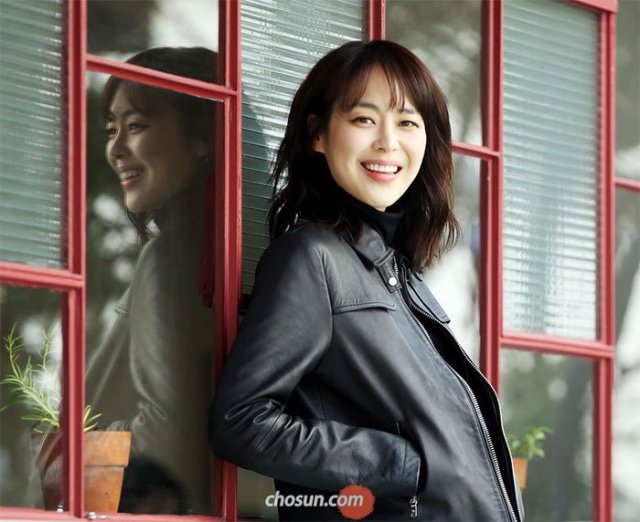 Actress Lee Ha-na found it hard to let go when filming ended on her latest TV series, "Voice", which concluded airing last week. "I cried every day after [production] ended", she said.

In the drama, which centers on the hunt for a serial killer, Lee played a police officer working at an emergency dispatch center who brings a calm, cool-headed manner to solving cases.

To prepare for her first detective series, Lee pored over newspaper crime reports every day for a month before shooting began, and went climbing to build her strength.

Lee made her acting debut in "Alone in Love" in 2006, and had appeared in a number of TV series and films prior to "Voice". Few of those parts made a strong impression, but now she feels sure "Voice" will be her career-defining role.

"I was fully immersed in the role throughout filming", Lee said. "I have often been told that my performance is not that impressive, particularly in the initial parts of a series. I need a considerable amount of time to understand a character. In previous projects, I had barely any time to study my roles because most of them were offered to me after other actresses turned them down. But it was different this time. Casting was finalized earlier, so I had time to get comfortable with the part".

Lee said the series appealed to viewers' sense of justice. "I think the achievement of the series is that it successfully delivered a simple message: Anyone who commits a crime must pay for it".

"Lee Ha-na Credits Breakthrough Performance to 'Total Immersion'"
by HanCinema is licensed under a Creative Commons Attribution-Share Alike 3.0 Unported License.
Based on a work from this source