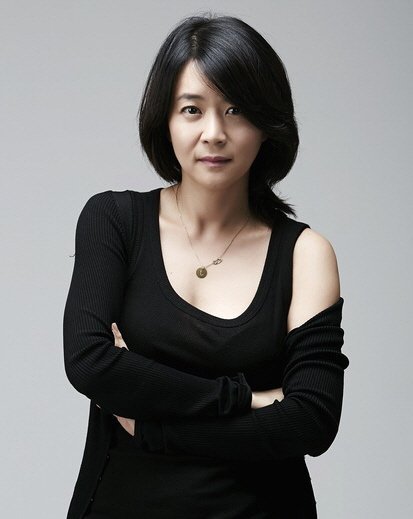 "Money Bouquet" is about people who believe that they control money when they are in actuality controlled by it. It is written by Lee Myeong-hee and directed by Kim Hee-won-I.

Lee Hang-na takes on the role of Han Eun-sim, Chungah Group chairman Jang Gook-hwan's (Lee Soon-jae) caregiver. She has his complete trust as she told him that she's been in love with him since she was twenty. Han Eun-sim is quiet and careful and gives Jang Gook-hwan advice -- however, she mostly slanders his family.

Unlike her quiet and elegant image, Han Eun-sim is expected to have a big influence in Jang Gook-hwan and the flow of the drama.

Lee Hang-na was recently in the drama "The Strongest Deliveryman" as Go Kyung-pyo's mother Seon-ae. She's also appearing in a movie called "The Discloser".

"Money Bouquet" will begin in the middle of November.

"Lee Hang-na to star in "Money Bouquet" with Lee Soon-jae"
by HanCinema is licensed under a Creative Commons Attribution-Share Alike 3.0 Unported License.
Based on a work from this source